Bookmark this website and visit often for festival updates.

Her depiction of a heron dancing along the boardwalk that leads to a tall ship will be used in a wide range of promotional materials from transit shelter advertising to street banners. The image was inspired by the Britannia Shipyards, National Historic Site and her experiences of the festival where she has volunteered as a face painter.

You can also read about Hazel in The Richmond News.

It’s Official! Thank you to the 180 participants gathered at the festival on Friday, August 9, 2013, to sing—one word per person—Row, Row, Row Your Boat. Led by the always indomitable David C. Jones and witnessed officially by Jim Kojima and Darcy Marquardt, the singers sailed to victory by smashing the previous world record of 154 participants.

To view a video of the record-breaking nursery rhyme relay, visit the City’s YouTube channel.

👀 Have you taken a look at the 70+ FREE events happening this weekend at #RichmondCultureDays? Try your hand at a new artform, explore a new venue, uncover a new passion! culturedays.ca/event… #RichmondBC #BCCultureDays pic.twitter.com/O6K8…

This weekend we celebrate creativity at #BCCultureDays! There are over 70 FREE events happening right here in #RichmondBC. Explore all you can take part in: culturedays.ca/event… #RichmondCultureDays pic.twitter.com/RI5l…

A week from today #RichmondCultureDays happens throughout #RichmondBC. There are 70+ events for you to celebrate creativity! pic.twitter.com/sVK8…

Get map and find your way matey > 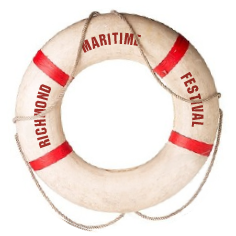